The previous instalment of this two-part Halloween special looked at the haunted histories behind three popular horror films: The Amityville Horror (1979), The Entity (1982) and The Conjuring (2013). Below are two of the more infamous cases of alleged true hauntings, which inspired several books and films, notably An American Haunting (2005), and The Conjuring 2 (2016).

The Bell Witch.
An American Haunting (2005) was written and directed by Courtney Solomon and stars Donald Sutherland and Sissy Spacek as John and Lucy Bell, who live in Tennessee in the early 1800s. The couple and their family believe themselves to be cursed as a result of John exploiting locals via land theft. Taken to court by one victim, a woman rumoured to be practice witchcraft named Kate Batts, John is convicted but told the loss of his honour will be punishment enough. He soon believes that Batts has focused her dark magic on him, when supernatural events begin to afflict the family. These events are centred on the youngest daughter, Betsy (Rachel Hurd-Wood) who appears to be possessed by a demonic spirit. John, his own health failing, appeals to Batts but is told he has brought this all upon himself.

In regards to the true story, a fascinating aspect of this enduring tale is that source material from the time that the events supposedly took place doesn’t exist. Despite criticism as to the historical facts in later years, Martin Van Buren Ingham’s book, An Authenticated History of the Bell Witch (1894), is said to be based on diary entries from family members and considered to be the first and full-length account of the haunting. The text is the inspiration for many subsequent adaptations of the tale in popular culture, which includes Brent Monahan’s book, The Bell Witch: An American Haunting (2007), a summary of the recorded events that is the basis for Solomon’s film.

In reality, John Bell Sr. and his family claimed that they were first plagued by a supernatural entity in 1817. From alleged apparitions (including a dog with the head of a rabbit), disembodied voices and strange sounds (lips smacking together, scratching and knocking), and direct physical assault (pinching, slapping and hair pulling) the haunting continued until 1821. Throughout the ordeal, the family did claim that the malevolent spirit focused on the youngest daughter, Betsy. She would be the focus of physical attack, and it is said that the entity grew angered at her engagement to a local man. Conversely, her mother Lucy – described as a genuine and loving woman – was said to have been treated kindly by the spirit, with gifts left for her and songs following her around the house from a disembodied voice.

The spirit didn’t extend this courtesy to others, particularly the many visitors who came solely to experience the phenomenon. In addition to apparitions, the entity revealed things it couldn’t have known to people, and mimicked voices of people who had never set foot on the property. On one occasion it eerily described itself as ‘old Kate Batt’s witch’, which is why it is classified as such (in addition to the cultural significance of the figure of the witch at that time). The magical capabilities of the entity were attributed to John’s failing health, and he died in 1820 from apparent poisoning. Historians believe the haunting was a result of a neurological condition suffered by John who, as the patriarch of his family, created the haunted atmosphere by way of suggestion and influence within the home environment. 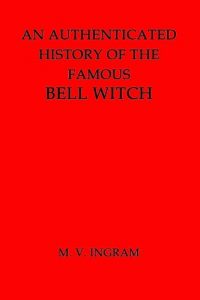 Perhaps this is where the idea for Solomon’s film stemmed from, as it interestingly (spoiler warning) deviates from the witch angle, itself a red herring, to suggest that the source of the family’s mirth is much closer to home. In the film, John has been sexually abusing Betsy and, in repressing her memories, the film asserts that the loss of Betsy’s innocence gave birth to the dark entity that haunts the home. Through acknowledging this trauma and subsequently murdering her father, Betsy is released from this personal trauma. The titular ‘Bell Witch’ is thus a construct for very real horror but the film plants itself firmly in the supernatural vein. Instead of taking a solely psychological approach (which would have been feasible in that Betsy poisoned her father, so the manifestations experienced could have come from the gradual effects of this), the film is bookended by a modern day segment in which a mother is visited by the ghost of Betsy, warning her that her own daughter is being abused by the child’s father. The film is therefore only loosely tied to the documented haunting but, if interested in exploring the history of the Bell Witch further, there are a variety of sources. Van Buren Ingham’s book is a solid place to start due to its age.

The Enfield Poltergeist.
The Conjuring 2, directed by James Wan, is a cleverly complex sequel to the first film. Again inspired by true events, the film weaves together two different hauntings and storylines to create a commendable entry in the contemporary cannon. The film begins with a séance in the Amityville house, the site of the DeFeo murders and subsequent haunting of the Lutz family in Long Island, New York (the details of which were covered in the first part of this Halloween special). Ed and Lorraine Warren (Patrick Wilson and Vera Farmiga respectively) return as star-crossed paranormal investigators; when Lorraine is deeply disturbed by the vision of a demonic entity dressed as a nun in the Amityville house, the couple return home – only to find that they have been followed by the inhuman spirit. 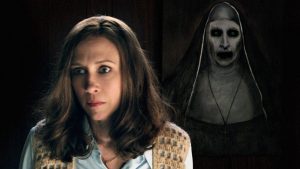 Meanwhile, in Enfield, England, Peggy Hodgson lives in the biggest council house in the world – a glaring if comical oversight in this American adaptation of the British story – along with her four children. The family soon begin to experience paranormal activity, which again centres around one child, 11-year-old Janet. The two storylines blur fact and fiction to converge, with the Warrens of course flying over to save the day. In reality, the Warrens were only at the Hodgson property for a day, prompting claims that they did so to capitalise on the media attention.

And media attention there was. The initial claims of furniture moving around the bedroom Janet shared with her sister, Margaret, and loud knocks and bangs, were officially reported in 1977, as Peggy’s first logical thought was that there was an intruder in her home. A policewoman attended and later stated on record that she had seen a chair move across the room of its own accord. The ongoing activity drew newspaper interest, and a reporter claimed to have witnessed toys flying through the air. The media circus led to Maurice Grosse and Guy Lyon Playfair’s attendance, in their capacity as members of the Society for Psychical Research. Their resulting experiences are documented in Lyon Playfair’s book This House is Haunted: The True Story of a Poltergeist (1980), which is the main source of information for Wan’s adaptation, as well as a popular mini-series from 2015, The Enfield Haunting. In addition to documentaries and interviews with the family members – particularly Janet – the book was also used as inspiration for the controversial BBC mockumentary, Ghostwatch (1992). 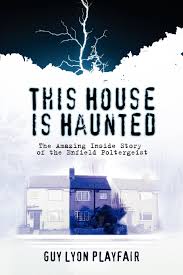 Grosse and Lyon Playfair believed the events to be genuine, though critics accused Janet and Margaret of fakery, and closely monitored the family for almost two years. The girls admitted to faking some minor incidents, no doubt enjoying the excitement caused by the activity, and the attention, but claimed that they were indeed haunted. It was also alleged that Peggy was concocting the story in order to secure a transfer to another council property, a claim she strongly denied. In fact, Peggy stayed in the home until her death from breast cancer in 2003. Grosse and Lyon Playfair even came under attack, with photographs of the girls supposedly levitating and recordings of Janet speaking at length in a deeper voice believed to be fraudulent. However, Grosse and Lyon Playfair both maintained that they were witness to a very real encounter with a poltergeist. The Conjuring 2, the most famous reference to the alleged haunting, embellishes greatly on the events documented in Lyon Playfair’s book. This House is Haunted: The True Story of a Poltergeist is thus a necessary, and eerie, read for anyone interested in the case.