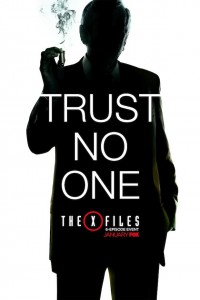 We still have a couple of months until the new series of The X-Files hits our screens, but that doesn’t mean the show is going to stop warning us. In the new poster we are told not to trust anyone; not even Mulder and Scully? The shadowy figure in the poster revives The Smoking Man; an enemy of agents Mulder and Scully who is to be played by William B. Davis. His character has been described as pivotal to the show, so it’s no surprise to see him taking the centre stage in the new ominous one-sheet.

The images give us a further look at Mulder and Scully, as well as Tad O’Malley (Joel McHale) who is a news reporter and ally of the duo. The show’s marketing is doing a great job at teasing us for the upcoming event – this is more than just a show, you know – and in true X-Files fashion, is summoning plenty of mystery for the upcoming release. Take a look at the poster and images below. 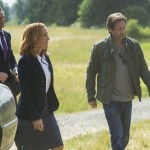 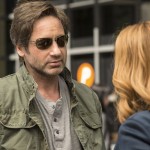 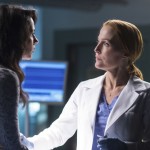 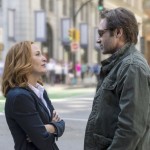 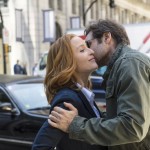 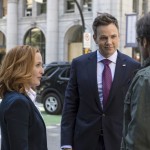 David Duchovny and Gillian Anderson will both be returning to the show with creator Chris Carter and the first episode will follow the possibility of an alien abduction. The show will consist of 6 episodes directed by Carter himself, Glen Morgan, Darin Morgan and James Wong. We can’t wait for the new series, which will begin airing on Sunday 24th January 2016 on Fox.