True Blood Star Gets Lost in The Maze

Deborah Ann Woll, who is best known as True Blood’s Jessica, has joined the cast of Sony’s upcoming psychological thriller The Maze, Variety are reporting.

The actress – who also has recurring roles in TV’s Daredevil and The Punisher, not to mention 2010’s Mother’s Day remake under her belt – joins Logan Miller (The Walking Dead, Scouts Guide to the Zombie Apocalypse) in the cast along with Taylor Russell, who stars in the forthcoming Lost in Space reboot. 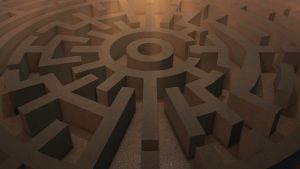 Adam Robitel is directing the film, having come straight off shooting Insidious: Chapter 4. The Maze is said to be in the vein of David Fincher’s The Game, and follows six strangers who find themselves in circumstances beyond their control and must use their wits to survive. And that, plot-wise is about all we have right now.