Troll Hunter Remake Left Out in the Cold

There’s long been talk of an English-language remake of André Øvredal’s 2010 monster mash Troll Hunter, but it now seems that the idea has been laid to rest, at least for now.

Øvredal confirmed the death of the project during a recent interview with Birth, Movies, Death, telling the site that the remake “…is not going anymore. We [Øvredal and the Norwegian producers] got the rights back, and I don’t think they will be pursuing another remake.”

This will come as good news to many, with the Norwegian original being such a fan favourite. But while it’s not a film that would likely be vastly improved upon by being remade, the fact that British genre giant Neil Marshall was attached certainly added a sizeable layer of credibility, and even had Øvredal intrigued.

“I was very happy with what I read,” he told BMD. “I never communicated with anybody about it, but I read online that Neil Marshall was attached to direct it, and I was like, ‘Okay, I can get behind that,’ and then suddenly it didn’t happen. I believe that just after signing up for Troll Hunter, Neil got too busy with ‘Game of Thrones,’ and that’s what stopped it; that seems to be the case, anyway, and then it just kind of died.” 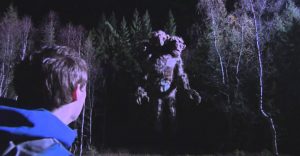 So there you go. If you’re looking for who to blame (or thank), then look no further than the ugly nonsense (it’s ok, I know I’m in the minority here) of Game of Thrones.