A trippy trailer has been released for Between Worlds and it shows a woman coming back to life. The film follows a man, played by Nicolas Cage, who is enlisted by a woman to recover the spirit of her comatose daughter. The trailer shows her coming back to life, but it comes at a cost, because she’s not quite the same as she was before. In fact, she’s acting a bit like Cage’s wife… 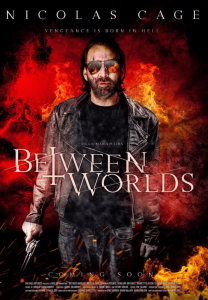 We’ve seen many horror films that explore resurrection and none of them end well. We’re expecting Between Worlds to teach a similar lesson, but we’re excited to see Cage unleashed in another whacky-looking and sounding film.