Tremors TV Show is Cancelled Before it Begins

Well, that’s a shame. The Tremors TV show has been cancelled. After viewing the show’s pilot, Syfy decided not to take the show any further. The show was going to pick up 25 years after the Graboids destroyed Perfection and was set to see Kevin Bacon reprise his role as Valentine McKee. 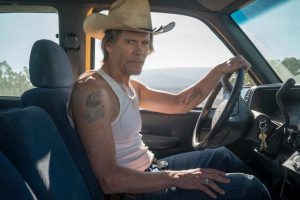 Bacon broke the news on social media last night and said:
“Sad to report that my dream of revisiting the world of Perfection will not become a reality. Although we made a fantastic pilot (IMHO) the network has decided not to move forward. Thanks to our killer cast and everyone behind the scenes who worked so hard. And always keep one eye out for GRABOIDS!”

Even though we’re not going to see a Tremors TV series, we will be seeing Tremors: A Cold Day in Hell – the sixth film in the franchise –on the way in the USA on 1st May 2018. And that’s better than nothing!