Trailer released for The Boy 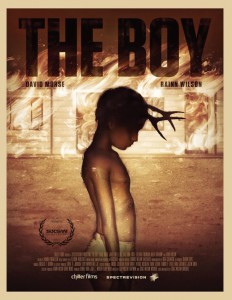 Killer children are always a great focus for a horror film and that is exactly what The Boy has opted for. Watch the trailer below and bask in its bleak and foreboding atmosphere. With only 2 words of dialogue in the whole trailer, it uses hypnotic sound to lure you in and it works a treat. It successfully crawls beneath your skin as the seconds tick past and the air of mystery and terror heightens. It doesn’t offer us a lot in terms of story, but it definitely gives us a taste of the psychological and chilling horror the film is choosing to focus on.

Synopsis:
It’s the summer of 1989. 9-year-old Ted Henley (Jared Breeze) and his father John (David Morse) are the proprietors of The Mt. Vista Motel, a crumbling resort buried in the mountains of the American West. Since Ted’s mother left, John has drifted into despondency—leaving Ted to fend for himself. In this isolation, unchecked by the bounds of parenting, Ted’s darker impulses begin to manifest. The arrival of a mysterious drifter, William Colby (Rainn Wilson), captivates young Ted and the two form a unique friendship – setting the stage for Ted’s final, unnerving metamorphosis. THE BOY is a chilling, intimate portrait of a 9-year-old sociopath’s growing fascination with death.

The Boy comes from first-team feature-length director Craig William Macneill, who is also the writer of the film. The cast includes David Morse, Rainn Wilson and Jared Breeze and it will be released in the USA on August 14th 2015.