The first official trailer for Vash Yan’s BUGS 3D along with a very impressive poster has just been released online. The film stars Eric Wang, Zitong Xia and Zilin Zhang.

Synopsis:
In the near future, due to huge demand for protein, synthetic protein is rapidly developed around the world. Jams, a fanatic geneticist, has managed to raise super bugs that can provide high-quality protein at low-cost. But the reproduction of the bugs goes out of control because of men’s excessive greed. They break out of the tubes, devour scientists, and turn into giant monsters. Numerous monster bugs hankering after men’s flesh and blood swarm into the sea, and wait to rage a holocaust. There’s a rave party going on by the beach, and the participants have no idea the bugs are coming. The bugs keep reproducing and eventually cause a Tsunami. Those hot guys and ladies enjoying the party suddenly get ripped up and eaten. The bugs turn the beautiful beaches into a horrible sea of blood. Some guys are bold enough to jump onto the ship where the bug queen is at, hope to end the war by killing it. They know – if they don’t succeed, mankind will be doomed.

No idea when this will be hitting the west but hopefully a DVD release won’t be that far away. 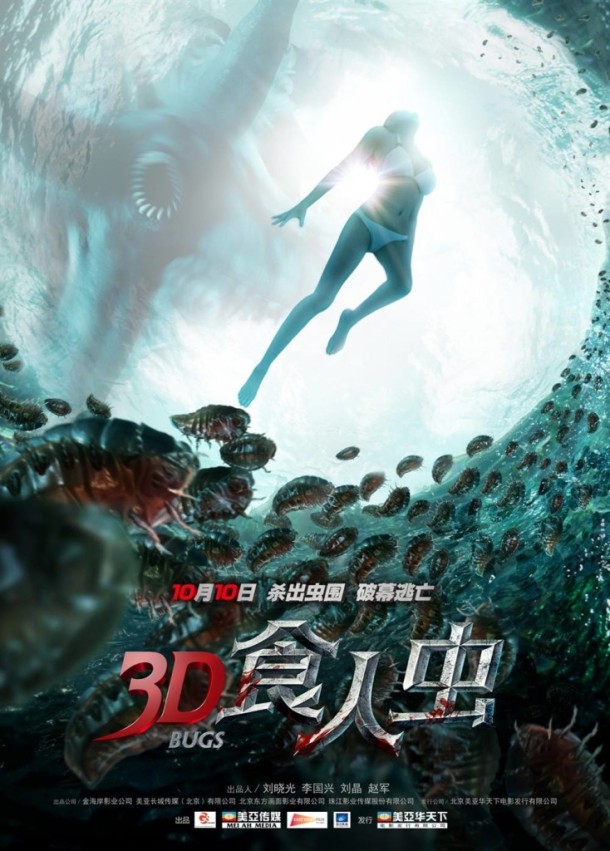