The Trailer for The Neighbor Shows Hell Next Door

The director of The Collector and its sequel The Collection, Marcus Dunstan, is bringing us his latest horror effort The Neighbor and it offers the same level of suspense, tension and drama felt in his last two thrilling features. 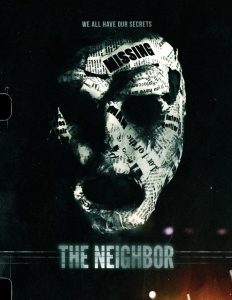 Synopsis:
In the town of Cutter, most people keep to themselves. But when John comes home to find his girlfriend missing, he sneaks into his neighbour’s house, finding his girlfriend and several other kidnapped people tied up in the basement. When the neighbour comes home, John is forced to get out of the house alive and lead the group to safety.

The concept itself is mighty intense and what begins as a Rear Window-esque thriller soon escalates into an intense fight to escape and to survive. The trailer uses fast cutting and flashes of dark imagery to tease us with the horrors that lurk within The Neighbor and it looks like it’s going to be a fun ride.

The Neighbor stars Josh Stewart, Luke Edwards, Jacqueline Fleming, Alex Essoe and Bill Engvall; who plays the role of the creepy neighbor surprisingly well. We certainly wouldn’t want to meet his character on a dark night.

The Neighbor will be released on VOD on 6th September.