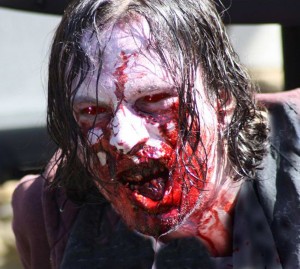 Dominic Brunt’s directorial debut BEFORE DAWN sees a UK cinema release on February 22nd and on DVD the 25th. We already interviewed Dominic and covered the film in SCREAM issue #13 last year but make sure you check out the film when you can because it’s superb indie-horror and don’t forget to enter our exclusive SCREAM competition on the site here to win one of our five copies up for grabs.

In the meantime here’s an exclusive clip from the film: