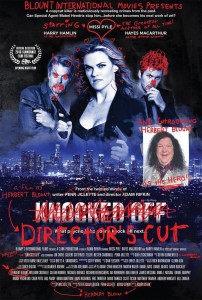 A trailer for Adam Rifkin’s (Detroit Rock City, Chillerama) genre-bending horror comedy Director’s Cut has arrived, and it promises some hilariously meta, film-within-a-film weirdness. Starring the chatty half of magical duo Penn and Teller, Penn Jillette, as well as Missi Pyle (Big Fish, Gone Girl) and the perennially awesome Lin Shaye (A Nightmare on Elm Street, Critters, Dead End, Insidious…the list goes on), the film will premiere at the Slamdance Film Festival on Friday. Showing as a Slamdance Special Screening at the Opening Night Film, the festival had to add a second showing when the first sold out.

Here’s the official write-up:
The ultimate ‘meta movie’, DIRECTOR’S CUT is an insane, cinematic sleight of hand trick that reflects on itself, much like the stage persona of its co-star and creator, world famous illusionist Penn Jillette. Here, teamed with acclaimed Director Adam Rifkin, Jillette conjures a mind bending, genre-defying movie-within-a-movie mash-up that’s part narrative thriller, part docu-mental-case. Starring Missi Pyle, DIRECTOR’S CUT is about a cineaste stalker who kidnaps his favorite actress and forces her to star in his amateur movie. The madness that unspools behind the scenes will leave you reeling. 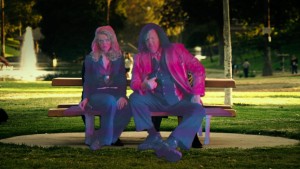 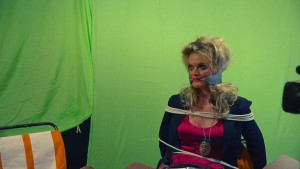