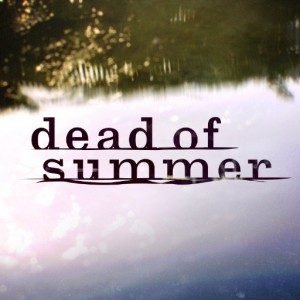 We are certainly not short of killer TV series’ and films that desire to throw back to the prime time for slasher flicks: the ‘80s. The Final Girls, The Town That Dreaded Sundown, Last Girl Standing, Tucker and Dale vs. Evil – and the rest – all have fond feelings for slashers of times gone by. TV is, also, jumping on this bandwagon with the Scream TV series – yeah, that’s from the ‘90s, but you can’t deny that the films and the show don’t have lot of love for the ‘80s – and Chiller’s recent series Slasher, showing that serial killers can have a happy home on TV, too.

Freeform is preparing for its addition to the sub-genre with its camp-set series Dead of Summer, which follows a group of young folk at a camp getting stalked by a maniac killer. Classic. You can check out the trailer below and bask in its killer familiarity; sun, sea (OK, it’s a lake) and serial killing, we love it.