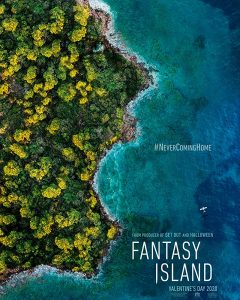 Blumhouse and Sony have teamed up to turn fantasies into nightmares with their bold new take on the TV show Fantasy Island, which originally ran from 1978 to 1984.

Now reimagined as a murder-mystery horror film, Fantasy Island is set on a remote tropical island that’s home to a luxury resort. Mr. Roarke (Michael Peña), the resort’s mysterious overseer, promises his lucky guests that their secret wishes will come true. But as we all know, you have to be careful what you wish for…

Your darkest dreams will come true when Fantasy Island hits theatres on February 14th, 2020. Make a wish and watch the trailer below.