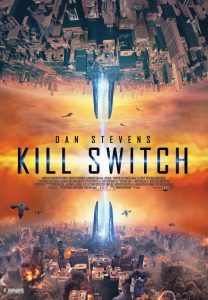 Whilst, admittedly, the last few POV-cum-Call of Duty movies didn’t really bode that well with me, writer-director Tim Smit’s feature debut, the futuristic, VFX-heavy Kill Switch navigates first-person shooter territory precariously enough to ensure it doesn’t leave you feeling like you’re slumped on the sofa watching your best buddy blasting his way through the single-player campaign mode of “Crysis” or the like.

Penned by Charlie Kindinger and Omid Nooshin and loosely based on Smit’s original short film “What’s In the Box” that garnered some serious interest when gaming magazines associated it with the videogame franchise “Half-Life,” Kill Switch is set in a future version of the world as an experiment to obtain unlimited energy for the planet by harnessing parallel universes goes terribly wrong. Chased by drones and soldiers, pilot and physicist Will Porter (Dan Stevens) must race through an imploding world to get the “Redivider box” to a tower, which will save humanity, including his family, in the real world.

With the film now available on Ultra VOD and in select theaters and On Demand, SCREAM spoke with Tim Smit as he explains how he went about tackling, and fine tuning, the story to ensure his take on the POV sub-genre stood out from its predecessors and how he created some of the most impressive homegrown visuals imaginable…

SCREAM: For those who haven’t seen the short film “What’s in the Box,” can you bring us up to scratch and also tell us how the idea to adapt it into a feature-length movie evolved?

Tim Smit: The genesis for the short film dates back to 2007. I was studying physics and I wanted to do a bit more than just that. I always had a love for film and I had always had a desire to make a sci-fi film in Holland, which was kind of rare, you know? So I found a way to learn visual effects and then I tried to make a short film that really embodied that sci-fi atmosphere that I love and that was a complete homage to video gaming.

SCREAM: The short gained a lot of popularity when the gaming press picked up on the fact that it was heavily inspired by the “Half-Life” game series. 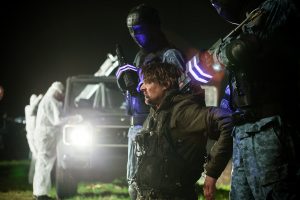 I was very inspired by “Half-Life” from the get go. I was inspired by various games when I went into that short but that one was the main focus. It’s a game that is just so rich in story and atmosphere and I wanted to emulate that a bit.

When it came to writing the feature length script, it really was difficult to get right because of the POV element. It was really hard to tell a story from a first-person perspective, especially for a first-time director. I honestly had no experience in drama or narrative so it was a real challenge.

SCREAM: I’m guessing one of the main stumbling blocks was to make a POV film that was different to anything we’ve seen before, particularly in the light of a recent wave of first-person shooter style movies. I felt that switching things around from time to time using conventional camera techniques was particularly effective.

The whole film was originally intended to be an homage to video games and serve as a passive video game experience but, while I was developing it, we realised quickly that it was difficult to tell a story from that perspective for all of 90 minutes. It probably could have been done if we’d have stuck with our original story but when we went with this story with the parallel worlds, it was difficult to tell it all from a first-person perspective. At that time, a couple of other similar style movies came out that were completely POV and we realised that people were getting tired of the format so I decided to make a hybrid form. Unfortunately, VR technology is not quite advanced enough, but I would have loved to have been able to make this using that technology. I think we will see more POV movies once that technology advances but I like to think Kill Switch is a step closer towards that. The switching to and from POV and traditional cameras also serves to give the audience a bit of a break and I think it works, so I’m very happy with it in that respect.

SCREAM: How much of the POV scenes was Dan Stevens involved in?

I would have loved to have been able to have Dan around for the full 18 day shoot but we had such a small budget so we couldn’t afford to have him there all the time. We shot all of the traditional scenes first so that we could see what his character looked like and then we filmed the POV stuff and had a temp audio track spoken by Dan as a sort of a scratch track which we used to edit the film. Then, once we’d finished editing and all the post, we called him in to do the audio again for the POV scenes. Obviously, I think the performance in the POV style could have been better because we didn’t have any real stimulus for Dan to react to but I think if I do do another POV project I would probably go about that part of things differently.

SCREAM: You mention having a low budget but the effects are out of this world. How did you pull that off on such a small budget?

I did about 80% of the effects myself at home. This was the main concept of the film. We got the green light because we knew that I would be the director and I would do all the effects. We did hire a couple of extra people towards the end but it was basically done by me. The effects were actually not that expensive but it took me all of two years to complete. Next time, I think I will have to find another way to do the effects, though. Two years sat behind a computer was really hard on me and my personal life and it’s not something I would recommend.

SCREAM: In terms of the premise, was there any specific reason why you opted to follow a family that has moved to a different country just before things go pear shaped? 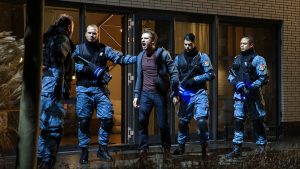 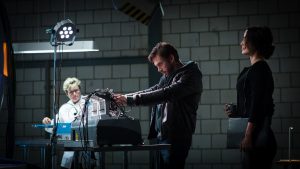 One of the reasons we wanted to have that theme in there was because we wanted the film to be in Amsterdam because if feels kind of weird to see all these special effects in a place like that. The audience is kind of being pulled away from what they’re used to so that whole theme of placing the characters in a place that they are not familiar with really ties in to that whole scene of being in Amsterdam. It also tied in perfectly with the whole parallel universe concept. I mean, let’s be honest, the main character goes into a parallel universe which, although it’s the same familiar location, it’s not his world by any means so I thought that was a nice comparison to have in there.

SCREAM: From what you’ve mentioned, it sounds like you’re keen to get to work on other similarly-themed projects?

I’m developing a couple of projects right now that I’m really interested in. Those are basically focusing more on the character side of film and storytelling. They will still be science-fiction films as I love the genre and I love working on effects, but because Kill Switch was so oriented around the world and the concept of the POV and the VFX, I felt that my next project needed to be a bit more focused on the character side of things.

Kill Switch is available now on Ultra VOD and in select theaters and On Demand.