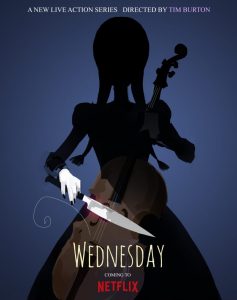 Titled Wednesday, the eight-episode series is described as “a sleuthing, supernaturally infused mystery charting Wednesday Addams’ years as a student at Nevermore Academy.” The plot will follow Wednesday’s attempts to master her emerging psychic ability, thwart a monstrous killing spree that has terrorised the local town, and solve the supernatural mystery that embroiled her parents 25 years ago—all while navigating her new and very tangled relationships.

Smallville creators Alfred Gough and Miles Millar will write and showrun. Check out the teaser art shared by Netflix!