The latest season of The Walking Dead provoked more strongly worded opinions (good, bad and outright furious) online than perhaps any before it, and it’ll be back in October for Season 8 and more laughs! Over the Easter weekend it was announced that three new/newish faces will be promoted to series regular status when the show returns. 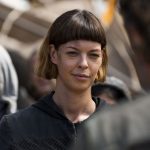 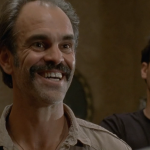 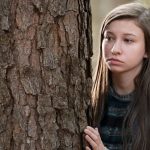 Unsurprisingly, we’ll be seeing a lot more of the ever-awesome Pollyanna McIntosh, who made a wonderfully weird first impression in Season 7 as the Scavengers’ leader Jadis, before stabbing Rick and his gang in the back come the season finale. Also set for the series regular upgrade are actors Katelyn Nacon and Steven Ogg. Nacon debuted in Season 5 as Enid, who went on to build a close relationship with Carl, and is most definitely due some deeper narrative involvement. As Negan’s right-hand man Simon, Ogg’s screentime has steadily increased since the character’s introduction in Season 6, so it certainly fits that his cold, cruel portrayal has earned him a more foregrounded place in the show.

It will be fun to see how the three characters develop and influence the direction of the narrative, and particularly the part the Scavengers eventually play in the fight against Negan’s Saviours.