Three more characters have been cast in Netflix’s upcoming series based on The Chilling Adventures of Sabrina comics. Firstly, Shaun of the Dead’s Lucy Davis has been cast as Sabrina’s Aunt Hilda. She also had a role in DC’s Wonder Woman and the UK version of The Office. The role of Aunt Hilda was originally played by Caroline Rhea in the ‘90s series with Melissa Joan Hart and she was the funnier and more spontaneous of Sabrina’s aunts. In the original Archie comics, she’s actually the meaner one…

Davis joins Doctor Who’s Michelle Gomez who will play Mary Wardell, Sabrina’s favourite teacher at school. However, when she becomes possessed by Madam Satan, Mrs Wardell tries to lure Sabrina down the Path of Night. Spooky.

Chance Perdomo has additionally been cast in the role of Ambrose Spellman, Sabrina’s warlock cousin from England. He is described as one of Sabrina’s “partners in crime”, a character who is currently under house-arrest by the Witches Council. 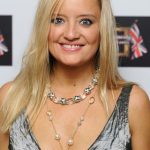 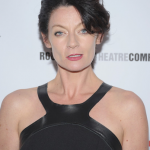 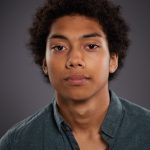 The series additionally stars The Blackcoat’s Daughter’s Kiernan Shipka in the role of Sabrina and Paper Towns’ Jaz Sinclair as her “brash, empowered and outspoken” best friend at High School.