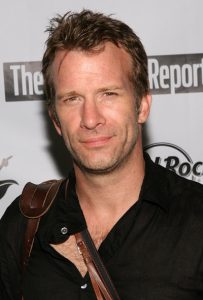 The Predator cast just keeps getting bigger and better, doesn’t it? The latest cast addition comes with Thomas Jane, who you may recognise from the Syfy series The Expanse, as well as 2004’s The Punisher. He has also had roles in various recent horror films including Into the Grizzly Maze, The Veil and Mike Flanagan’s Before I Wake.

There is no word on what role Jane will play, but he joins an exceptional cast of actors that include Olivia Munn, Boyd Holbrook, Trevante Rhodes, Sterling K. Brown and Keegan-Michael Key. Still waiting on that Arnold Schwarzenegger cameo confirmation, which we are almost CERTAIN will happen.

The Predator will be directed by Shane Black (Iron Man 3, The Nice Guys) and will be released on 9th February 2018 in the USA and 2nd March 2018 in the UK.