This Trailer for Pandemic is not a Game, Promise! 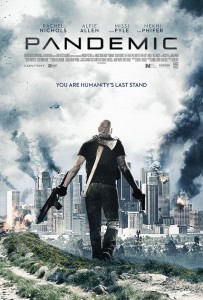 Despite what it looks like, this trailer for Pandemic is not a game. We understand that the POV perspective might suggest otherwise, but we promise that this is a film. To shoot from first-person and differ from a found-footage film is something we’re a fan of. Films like The Nest, Gumshoe and Enter The Void are visually interesting features that throw the audience in to the film’s events – in a less gimmicky way than found-footage, a 4D film or Cineworld’s D-BOX.

In a way to freshen up the zombie flick, Pandemic plays out like a zombie shooter and it actually looks quite intense. The best part of Doom was the first-person scene, am I right? So, having a full-length film shot in this perspective sounds like a lot of fun. The trailer shows us, the audience, as humanity’s last hope as we are thrust in to a battle with the undead. Prepare for a lot of shooting, screaming and blood-spraying. Of course, the stand-out line of dialogue is, “Just pretend it’s a game!”

Synopsis:
Pandemic is set in the near future, where a virus of epic proportions has overtaken the planet. There are more infected than uninfected, and humanity is losing its grip on survival. Its only hope is finding a cure and keeping the infected contained. Lauren (Rachel Nichols) is a doctor, who, after the fall of New York, comes to Los Angeles to lead the charge in the hunt for uninfected civilian survivors. 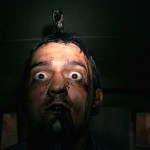 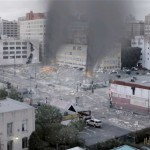 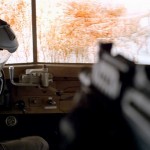 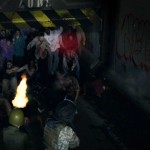 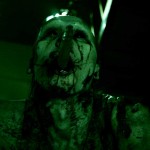 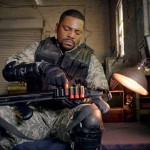 Lauren’s objective is simple – lead her team into the field and rescue survivors. Lauren and her team: Gunner, Denise, and Wheeler, put on their anti-contamination suits, complete with cameras so their experiences can be used for research, and leave the compound. But nothing could have prepared them for the mayhem they are about to walk into.

Check out the trailer and a batch of images from the film below, and be sure to catch Pandemic when it is set free on 1st April on VOD and soon after on iTunes on 4th April 2016.