Think Crazy with the Trailer for Mindhunter

We keep talking about how awesome Netflix is at the moment, but can you blame us? The VOD service is becoming an unstoppable force in creating unique and original content, and it seems like its releasing 14325490 new trailers a day! We’re not complaining, because we love the look of almost everything and Mindhunter is no different.

Three of Mindhunter’s episodes have been directed by David Fincher, so sees the director reunite with Netflix after their successful collaboration on the political thriller series House of Cards. Andrew Douglas (U Want Me 2 Kill Him?) and Asif Kapadia (Amy) direct further episodes that have been co-written by John Douglas and Joe Penhall (The Road). 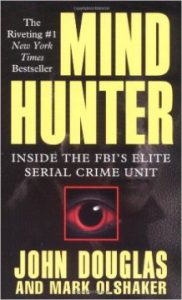 There is a definite Zodiac vibe to the trailer, which features ferocious and, honestly headache-inducing editing and narration that presses the importance of understanding the minds of a serial killer. It looks as though it could be as visually bold and trippy as the Hannibal series (RIP), which would be excellent.

Mindhunter is based on the novel written by John Douglas and Mark Olshaker and will be released on Netflix this October.