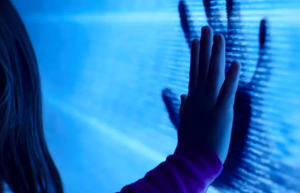 Witness the eerie new clip for Poltergeist as eight-year-old Madison whispers to the evil forces that dwell within the television static.

The remake of Tobe Hooper and Steven Spielberg’s Poltergeist makes a nod to the original as Madison tells her brother “They’re coming.” instead of the classic “They’re here.”

Gil Kenan with the help of Evil Dead director Sam Raimi, will direct the feature about a family terrorised by a poltergeist as it becomes fixated with their young daughter.

Synopsis:
In the middle of a suburban town, one home is haunted by a malicious spirit, intent on ruining the famaly’s life forever. As the malevolent guest grows more powerful, it takes their youngest daughter hostage and the family must figure out how to save her before she’s too far gone to reach.