There’s Something in the Water in 12 Feet Deep Trailer

It’s been a good while since we heard anything regarding Matt Eskandari’s 12 Feet Deep, which was previously known as The Deep End. We can get a good idea of the film’s claustrophobic terror in this trailer, and you’ll be able to see the film when it is released on VOD on June 20th, from MarVista Entertainment. 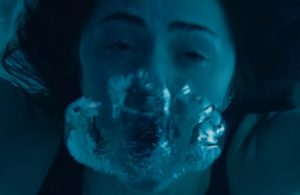 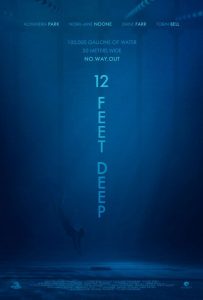 Saw’s Tobin Bell stars in the film, alongside Alexandra Park (The Royals), Nora-Jane Noone (The Descent, Doomsday) and Diane Farr (Californication, Numb3rs). Park and Noone play sisters who become trapped under the cover of a public swimming pool, in a plot supposedly inspired by true events.

Synopsis:
Sisters Bree and Jonna get trapped beneath the fibreglass cover of an Olympic sized public pool after it closes for the holiday weekend. They find themselves at the mercy of the night janitor, Clara, who sees the trapped sisters as an opportunity to solve a few problems of her own.