Not many things are scarier than those that lurk in the woods and the trailer for Dark Was The Night plays wonderfully on these fears of the unknown. The serious, sombre tone feels similar to the werewolf flick Late Phases and, strangely enough, Nick Damici has a role in this one, too. Vapid blues and greys dominate the film’s colour palette, connoting a general feeling of unease and melancholy. It should make a beautiful contrast for when there’s some bloody action, but I wouldn’t expect anything super violent from this. Preferring to create a moody atmosphere, rather than non-stop terror seems to be what this film is aiming for and, if it gets this spot-on, we could be in for a quietly frightening and effective monster movie. 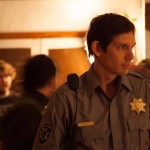 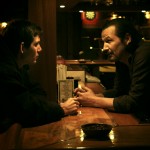 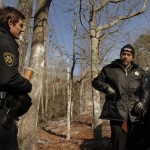 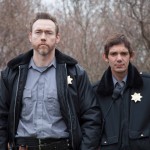 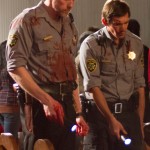 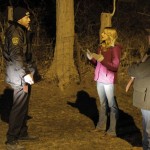 Synopsis:
Maiden Woods is a remote and quiet town of decent, hard-working people, but something stirs in the dark woods surrounding this isolated community. After a logging company decimates an area of the forest, a rash of increasingly violent and unexplainable events transpires. Sheriff Paul Shields (Kevin Durand) and his deputy (Lukas Haas) struggle to confront their own personal demons while facing down a new breed of raw terror that is possibly older than humanity itself… And much, much hungrier.

Dark Was The Night will be released on VOD, iTunes and in select American cinemas on July 24th 2015.