There’s Something Familiar About Uncork’d’s Flay 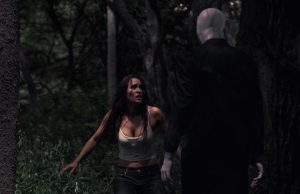 Onetime Creepypasta the Slenderman is everywhere these days. As well as any number of online incarnations, the faceless entity inspired HBO doc Beware the Slenderman, and will soon be getting its first official feature outing in Screen Gems’ Slender Man. It looks suspiciously like ol’ Slender will be popping up again (in all but name) in Flay, the worldwide rights to which have just been picked up by Uncork’d Entertainment. 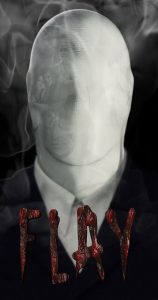 The horror-fantasy was directed by visual effects artist Eric Pham, who assures us that the inspiration for the film lies elsewhere. “I’ve always been fascinated with ghost stories and the mythologies behind ghosts and spirits,” he told Deadline. “I see Flay as a contemporary mashup of the Japanese legend of the Noppera-bo, or faceless ghost, and Native American legends.”

Pham, whose effects work includes Sin City, Grindhouse and Bless the Child, directs from a script by Matthew Daley. The story concerns an estranged daughter who, following the death of her mother, must save her brother and others around her from the malevolent, faceless spirit of the title.