A couple of weeks ago we brought you the first trailer for zombie comedy Killer Party, which comes from Epic Pictures Group, the studio behind Turbo Kid and Nina Forever. Just ahead of its online release this month, Epic has put out this short clip from the film, which expands on a line seen in the trailer. 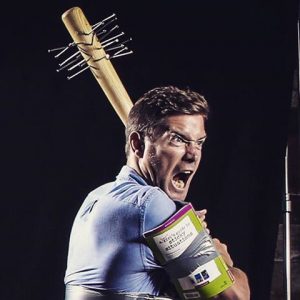 The film (originally titled The Shower) is the work of first-time director Alex Drummond and stars Drew Benda, Stephanie Beran (Fatal Call), Rachael Drummond (Dig Two Graves) and Evan Gamble (Brotherhood, The Vampire Diaries) as guests at a baby shower that quickly turns far bloodier than such an event really ever should.

Synopsis:
A group of clueless friends become trapped at a baby shower when a sudden zombie apocalypse threatens their lives. Waiting for help to arrive it soon becomes clear that no one is coming and the group will have to use their limited urban survival skills to fight their way to freedom.

Killer Party will land on US VOD platforms on August 16th.