Being based in the UK means that we are almost entirely unfamiliar with the work of the interactive horror theatre company Delusion, but after this announcement, I think we’re going to hear a lot more about them on this side of the pond.

Delusion plans to create a virtual reality horror series that will give viewers the opportunity to choose their own paths and decisions. The story will be based on their 2014 show Lies Within and production will begin in 2017. 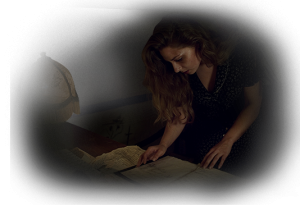 Delusion has been behind some extremely immersive and terrifying horror experiences since 2011, which place the audience in the middle of the action. Literally. Their performances have included Lies Within; which places viewers in the role of crazed fans of Elena Fitzgerald and The Blood Rite; which chose individual audience members to dance with a shapeshifting temptress and retrieve keys from a sleeping butcher.

Delusion will partner with Skybound Entertainment to develop the series and it will come from writer-director Jon Braver.