The zombie apocalypse just got a whole lot cuter, as cats take down the undead 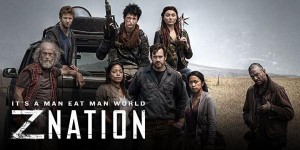 Aside from overweight young ‘uns with lightsabres and unlikely Korean pop sensations, the real online stars of the last few years have tended to be of the feline variety. We’ve seen them playing piano, using laptops and sounding creepily human, and now they’re engaging in another popular contemporary pastime, killing zombies.

While it’s been around for a little while now this clip, created by Mr.TVCow, surely represents the future of cat-based memes. It was created last year by the YouTuber as a promotional video for the SyFy Channel’s original comedy-horror series, Z Nation, the third series of which will air this year. 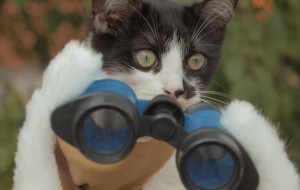 Created by Craig Engler and Karl Schaefer (writer on TV’s The Dead Zone and A Town Called Eureka), Z Nation is set 3 years after a zombie outbreak, and follows a group of survivors crossing the US to get some very important blood to the last functioning viral lab. It does not, alas, feature any zombie-levelling cats, thus far, at least.

While Mr.TVCow’s clip may not feature the desolate existentialism of The Walking Dead, or the social commentary of Zombie Godfather George Romero’s ‘Dead’ films, it’s funnier – and cuter – than either, and is guaranteed to make your day just a little bit better. We can only hope that a feature film is in the works.