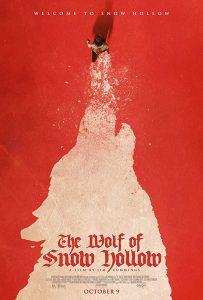 Writer-director Jim Cummings (Thunder Road) is tackling the werewolf sub-genre with his new horror-comedy The Wolf of Snow Hollow—and the official trailer unleashes the beast!

The Wolf of Snow Hollow follows John Marshall (played by Cummings himself), a small-town sheriff struggling with a failed marriage, rebellious daughter, and lacklustre department, who is tasked with solving a series of brutal murders that are occurring on the full moon. As he’s consumed by the hunt for the killer, he struggles to remind himself that there’s no such thing as werewolves…

The Wolf of Snow Hollow releases On Demand and in theatres on October 9th. Beware the moon and check out the trailer below.