The Witches Return in New Set Photo from AHS: Apocalypse

An exciting new set photo has been unveiled for American Horror Story: Apocalypse and it shows the anticipated return of the witches from the Coven series 3. 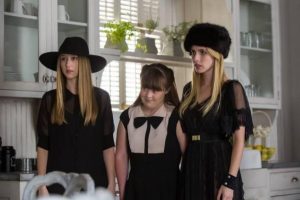 It’s going to be interesting to see how this crossover series play-out, considering some of the actresses play different roles in Murder House and Coven. We also know that Jessica Lange will be returning, in addition to Billie Lourd, Billy Eichner, Cheyenne Jackson, Adina Porter, Leslie Grossman, Joan Collins, Kathy Bates and Evan Peters. 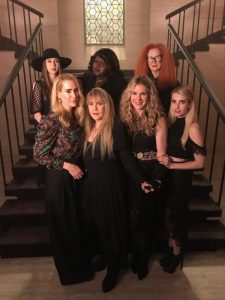 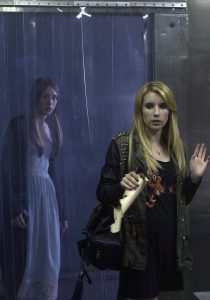 I stand firmly by the view that Murder House is the best season of American Horror Story, so I am extremely excited to see how a crossover with Coven (which is also great) is managed. I suppose we don’t have long to wait, because season 8 is due to air this autumn.