THE WHISTLER MAY BECOME A FRANCHISE 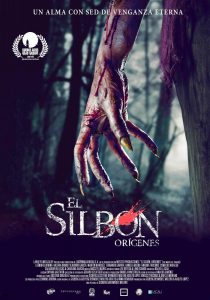 Gisberg Bermúdez’s The Whistler only opened in U.S. theatres this week, but it may already be getting its own franchise. Producer Elizabeth Avellán and production and distribution company Alief have acquired remake rights to the supernatural Spanish-language horror film, setting their sights on creating an English-language franchise.

In Bermúdez’s film, a father tries to unearth the origins of the Whistler’s curse in the hopes of stopping the gradual possession of his daughter. The plot was inspired by a folkloric bogeyman from Venezuela and Columbia that announces its presence by whistling.

Bermúdez, who also co-wrote the movie with Gisyerg Bermudez and Irina Dendiouk, will helm the English-language adaptation.