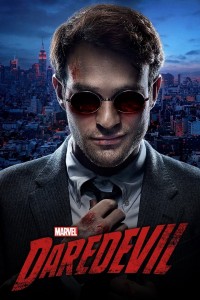 The Punisher is a fan favourite amongst the Marvel Comics universe, so it was only obvious that it wouldn’t be long until he made his appearance in Netflix’s Daredevil.

Who better to play the forceful and fearless character than The Walking Dead’s Jon Bernthal who played bad-guy Shane in the zombie show. The Punisher, also known as Frank Castle, inflicts pain and justice on the criminals of Hell’s Kitchen through extreme means such as torture and murder regardless of the consequences. A war veteran and a master of martial arts, he is one guy you don’t want to mess with.

Jeph Loeb, head of the Marvel TV series, stated about the casting choice:

“Jon Bernthal brings an unmatched intensity to every role he takes on, with a potent blend of power, motivation and vulnerability that will connect with audiences. Castle’s appearance will bring dramatic changes to the world of Matt Murdock and nothing will be the same.”

The second season of Daredevil will return in 2016.