THE TRUE STORY BEHIND THE CONJURING: THE DEVIL MADE ME DO IT! 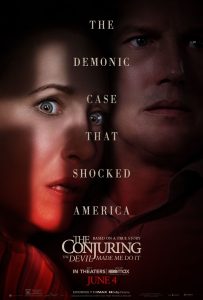 The Conjuring franchise in undeniably a juggernaut in modern horror’s cinematic marketplace. With two main chapters and an impressive five spin-off films, The Conjuring Universe has stacked up an overall box-office haul of almost $2 billion.

With the allegedly true case files of demonologists Ed and Lorraine Warren far too numerous to count, after the announcement of a third main Conjuring chapter fans were anxious to know which real-life case would be brought to the screen next.

The project was shrouded in secrecy during production and it wasn’t until the unveiling of the film’s official title that things became clear. The Conjuring: The Devil Made Me Do It asked the question if one can truly be guilty of a crime if under the influence of demonic possession at the time.

Although that may sound outlandish and impossible, the film will tell a well-documented true case that tragically ends in murder and the ruination of several lives. Did demonic forces reach out and take the world by storm? Or was it all just a sensational shield for a violent crime?

Let’s find out and examine the true story behind The Conjuring: The Devil Made Me Do It.

A Questionable Rental
In the Summer of 1980, Debbie Glatzel and Arne Cheyenne Johnson thought they’d found the deal of a lifetime with their new rental home. The property offered enough space for Arne’s mother and three sisters, but also housed a small apartment where the young couple could live alone.

On a warm June afternoon, Debbie and Arne began the process of fixing up the property, along with Debbie’s 12-year-old brother, David. Noticing a water bed left in the master bedroom by the previous tenant, David was naturally curious.

Upon approaching the bed, David claims he was shoved by unseen hands. Upon turning, an old man stood before David clad in a plaid shirt and torn jeans. Charging at the young boy, the figure reportedly warned “Beware” before vanishing completely.

An obviously frightened David approached his sister and begged Debbie and Arne not to move into the home before hurriedly exiting. Upon later investigation, Debbie found her brother to be bruised and visibly trembling as he told of “the old man.”

A Haunting
Upon returning to their family home, David Glatzel described in detail the old man’s appearance to his family. The boy’s mother Judy found this particularly out-of-character as her son was dyslexic and didn’t usually articulate well, and so immediately believed him

David claimed to see the old man standing at the end of the family’s driveway, and described visions in which he saw the entity flying through the air and over the trees from the rental property to his own home

The entity later appeared to David as he lay in bed, this time its withered faced was charred black and it walked on cloven feet. As it leaned over his bed and cackled maniacally, David allegedly began to scream that “the Beast” was trying to “take his soul.” 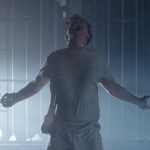 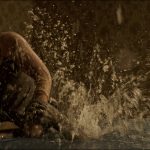 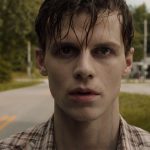 Demonic Possession
The alleged phenomena took a much more violent turn over the next few weeks as marks would inexplicably appear on David’s body. Both Arne Johnson and Debbie Glatzel attest to seeing the child receive blows from unseen hands.

David Glatzel claimed that a sea of “beasts” surrounded him and routinely choked, hit and even stabbed him, leaving him writhing in agony. The boy would also break out into extreme rages with fits of profanity, spitting and extreme physical violence.

The violent outbursts reached an alarmingly dangerous level with the young boy allegedly tried to attack his grandmother with a knife. In the resulting struggle, he had to be restrained by four members of his family.

The Glatzel family took to sleeping during the day when David was at his calmest and spent their nights restraining the boy as he struggled, fought and cursed. During one of these long sessions, David allegedly spoke in a voice that was not his own, telling his brother-in-law Arne “You’re going to do something terrible…”

Ed & Lorraine Warren and an Exorcism
After 12 days of violence and sleepless nights, Judy Glatzel decided to call demonologists Ed & Lorraine Warren. The Warrens arrived quickly to their Brookfield, CT home and began assessing the situation.

The Warrens allege that what greeted them was a family at breaking point and that David Glatzel spent his time screaming. Ed Warren claims that the boy demonstrated precognitive abilities and an intellect far beyond his years as he quoted scripture passages and, bizarrely, sections of Paradise Lost.

An Exorcism was purportedly sanctioned by the Connecticut diocese after The Warrens findings and after a house blessing failed. It is reported that seven priests performed three separate “minor” rites of exorcism over David Glatzel as the boy named up to 42 demons that resided within him.

During one of these violent sessions, Arne Cheyenne Johnson, distressed and fatigued over the child’s suffering, allegedly challenged the demons to “take me on!” Lorraine Warren states that during these exorcisms, David stopped breathing and also experienced levitation.

The Murder of Alan Bono
Although Ed and Lorraine Warren remained wary due to the reported number of demonic spirits, by the winter of 1980, the Glatzel family’s plight had calmed. Debbie and Arne subsequently moved out of the family home and Debbie took a job for dog groomer Alan Bono that provided accommodation

It is Debbie’s claim that during this time her fiancé began to act strangely, becoming cold, distant and staring into space for long periods. One such trance had Arne frozen before a window and exclaiming “the old man is outside.”

On February 18 1981, Debbie, Arne and Arne’s three sisters agreed to meet landlord Alan Bono for lunch and drinks. Bono reportedly drank heavily before inviting the group back to his apartment. What happened next is not entirely clear…

According to Arne’s sister, her brother began to utter an “unearthly growl” as Bono became forceful with one of the girls. An altercation ensued which resulted in Johnson stabbing Bono six times in the chest before fleeing.

Bono later died in hospital and Brookfield police found Arne Johnson dazed and bloody by the side of the road.

The Trial of Arne Cheyenne Johnson
According to Lorraine Warren, she contacted the Brookfield police weeks before Bono’s murder telling them she had “a bad feeling” and to keep an eye on the Glatzel family. Following the crime, she called again and alleged knowledge that Arne Johnson was under demonic possession.

Johnson claims to have absolutely no recollection of the events and as Ed and Lorraine Warren fanned the media’s interest, Johnson’s lawyer sided with them proclaiming he intended to mount a defence of “by reason of demonic possession.”

The Glatzel family plight went public as the “Demon Murder Trial” took the small town of Brookfield by storm. The Warrens claimed they could offer indisputable proof that Arne Cheyenne Johnson was under the influence of “diabolical forces” when he attacked Alan Bono.

However, despite the Warrens claims, Judge Robert Callahan promptly rejected the defence of possession, stating there was “absolutely no evidence for such an outlandish claim.”

Verdict & Legacy
On November 24 1981, after a hastily arranged plea of self-defence, a jury found Arne Cheyenne Johnson guilty of first-degree manslaughter. Judge Robert Callahan imposed a sentence of 10-20 years, however 19-year-old Johnson was freed after only 5.

In the years since this sensational media spectacle, The Demon Murder Case has simply refused to go away. The murder set a legal precedent as it was the first time in history a defence of demonic possession had ever been attempted.

Less than 18 months after the trial Ed and Lorraine Warren hired author Gerald Brittle to pen The Devil in Connecticut. The book details the plight of the Glatzel family, the crime and the subsequent trial and resulted in a made-for-TV movie of the same name later that year starring Kevin Bacon as Arne Johnson.

Following his release from prison, Arne Johnson and his wife Debbie have continued to tell their story on television shows such as “A Haunting” and “My Ghost Story.” Both were also interviewed extensively for the upcoming The Conjuring: The Devil Made Me Do it. 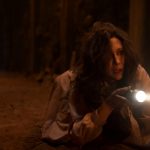 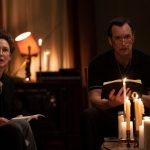 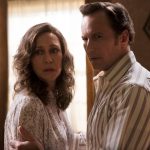 The Truth?
Although this case is without doubt sensational and will make for a thrilling movie, over the years cracks have opened up in the narrative. Most of the opposition comes from the now adult David Glatzel and his older brother Carl, who dispute every single one of the claims made by The Warrens and their family. Upon the republication of the book in 2006, the Glatzel brothers sued Lorraine Warren and the publishers for “defamation of character.”

The two men claim that their religious family failed to understand young David’s mental health problems, choosing spiritual help instead of psychological treatment. Furthermore, the Glatzel brothers slate Ed and Lorraine Warren for promising books, movies and money if the family continued to play along during the trial.

Of Arne Johnson and the murder, the brothers claim he was often violent, but defend his crime saying Alan Bono had taken Johnson’s young sister hostage and boasted he would do “terrible things” to her.

Although unconfirmed, there have also been reports from officers present alleging Debbie Glatzel was overheard sobbing to her father “Daddy, you know how Arne gets when he’s drinking!” If true this casts the crime in an entirely different and rather alarming light.

Whatever the case, the resultant story is certainly fascinating, and the forthcoming film is sure to scare up a tidy box-office return. The Conjuring: The Devil Made Me Do it opens May 28th in the UK and June 4th worldwide.