The Trailer for The Prodigy Wonders What’s Wrong with Miles

A creepy kid is very creepy in the new trailer for the horror film The Prodigy. From director Nicholas McCarthy, The Prodigy follows a young mother who worries about her 8-year-old son’s strange behaviour. As the trailer shows, he starts to exhibit terrifying actions that lead his family to wonder if there’s something sinister and supernatural going on. 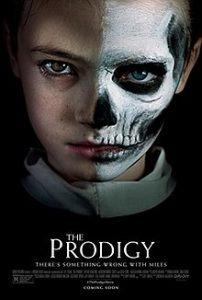 McCarthy’s previous horror endeavours include 2012’s The Pact, 2014’s At The Devil’s Door and, my personal favourite segment from the anthology Holidays, Easter.