The Trailer for Requiem Teases Twists and Turns 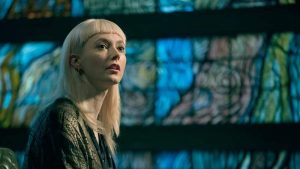 Netflix will soon be streaming Requiem, a series that originally aired on BBC and iPlayer in February. The 6-episode mystery series follows an award-winning cellist as she tries to figure out the truth surrounding her mum’s suicide. Her journey leads her to the case of a missing child, where questions of her own identity begin to be raised.

The series is a subtle horror and the trailer teases a supernatural element to go alongside the more obvious thrilling aspect. If you didn’t catch the series in February, then be sure to check it out on Netflix because it’s a great example of great British storytelling that comes complete with a creepy atmosphere and a strong cast to go with it.