The Predator will return. Just not for a while. 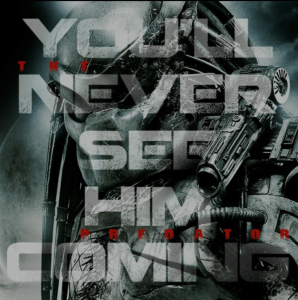 It may be a little way off yet, but The Predator, 20th Century Fox’s new instalment in the action/horror/sci-fi franchise now has a release date of March 2nd, 2018.

Everything we’ve heard about the film is exciting, not least the news that Shane Black, who played Hawkins in the 1987 original and has since directed hits such as Kiss Kiss Bang Bang and Iron Man 3, is directing. Then there’s the script, penned by The Monster Squad and Night Of the Creeps director Fred Dekker. On producing duties is John Davis, unsurprising as he has produced all previous Predator films.

Also very exciting, though unconfirmed, is the word that this new film is to be a direct sequel to the original film. Hopefully we’ll see a return to the heavy suspense and fear of that film, something that was somewhat lacking in Predator 2, Predators (though this one came closest) and of course, those Vs ones, of which we need not speak.