THE “MOMO CHALLENGE” IS COMING TO THE BIG SCREEN

If you’re not down with the latest urban legends making parents scared of what their kids get up to online, let us introduce you to the “Momo Challenge.” Revolving around a creepy image of a grinning woman with bulging eyes and chicken legs, aka Momo, the Challenge was said to have led to several violent attacks, incidents of self-harm, and even suicides among the kids and teens who took part. 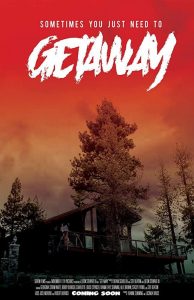 Thankfully, the Momo Challenge was completely fake, with the image at the centre of it actually depicting a sculpture by Japanese artist Keisuke Aisawa (who was not behind the hoax). But Momo made such an impression on the public’s imagination that we’re not surprised to hear she’s getting her own horror movies.

The film is called Getaway, and will follow a group of unsuspecting teenagers (naturally) who go to a secluded cabin in the woods (naturally) and start telling creepy tales (naturally). After hearing the story of a spirit called Momo that supposedly texts violent commands to its victims, the teens start mysteriously disappearing. Could the legend be real after all?