In advance of The Lighthouse’s limited release in New York and Los Angeles this weekend, A24 has released a new poster for the flick that perfectly complements the art for Robert Eggers’ debut feature, The Witch. 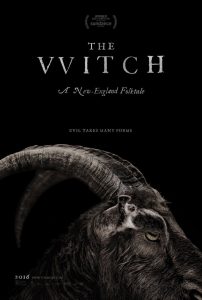 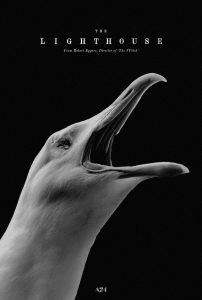 The Witch’s minimalist poster depicted Black Phillip against a black background with white text. For The Lighthouse, A24 has taken the same approach—swapping out the goat for a seagull.

The Lighthouse in set in the 1890s on a remote and mysterious New England island. Willem Dafoe and Robert Pattinson star as two lighthouse keepers who begin to lose their grip on reality.