The Ghoulies Franchise Is Getting Its Own Companion Book 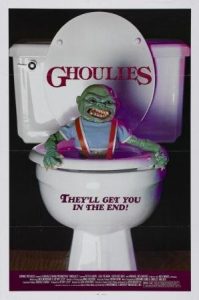 The Ghoulies franchise isn’t exactly high art, but there’s something strangely charming about its rubber monsters and silliness. One person who would probably agree with that is Graham Le Neve Painter, a superfan of the franchise and author of a new companion book to the film series, The Ghoulies Companion.

Le Neve Painter, who has run a dedicated Ghoulies fansite for years, spent a year tracking down the cast and crew to write the book, which he says will contain hundreds of photos, posters, script excerpts, and more.

The Ghoulies Companion will be released by Miami Fox Publishing, and is expected to be available around Halloween.