The Gallows Trailer Shows The Real Reason We Hated School 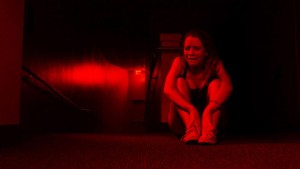 Schools are creepy, with long empty corridors, echoing toilets and horrific legends that usually involve previous students that died in some awful manner. Jason Blum first gave us a glimpse at his supernatural horror The Gallows when he showed footage at Wondercon. Now the first official trailer has been released, and it looks like we’ll all be checking for ghostly nooses.

During Wondercon, producers Blum, Travis Cluff, Benjamin Forkner and Chris Lofing stated that they had discovered a new way of creating a found footage film, but until we get to see the whole film, we’ll have to wait and see what they meant. The Gallows will be released July 10th 2015.

Synopsis:
Students at a small town school believe they are doing a good deed by honouring the death of another student, 20 years previously, by resurrecting the high school play that sadly led to his demise. Whilst the students prepare for the anniversary show, they begin to realise they might have just made the worst mistake of their lives.