The Deadlights are coming. IT adaptation shooting this summer. 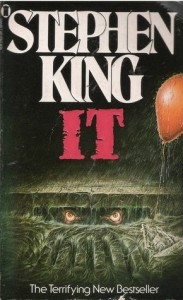 It looks like New Line’s much-delayed film adaptation of Stephen King’s IT is finally heading into production. Things seemed to be moving along nicely last year with director Cary Fukunaga (True Detective) attached, and Will Poulter (Wild Bill, The Maze Runner) all but confirmed to play Pennywise, the aeonian evil in clown form. But then Fukunaga left the project, talk of Poulter’s casting died down and it felt like we were back to square one.

Now however, the new adaptation is back on track. A couple of weeks ago the project was afforded tax credits worth a reported $7.2 million by the California Film Commision, and Mama director Andrés Muschietti is very much onboard. According to producer Roy Lee in a recent interview with Collider, Muschietti (also attached to direct the adaptation of cult video game Shadow of The Colossus) and writer Gary Doberman have completed the latest draft of the script, with filming due to commence this summer.

The adaptation is likely to be made up two feature films, with Lee hinting that the first will focus on the childhood horrors of The Losers Club and their encounters with Pennywise, with the second telling of their adult reunion, and return to Derry to take on Pennywise once again. This remains unconfirmed though, with Lee admitting that no final decisions have been made as to whether the narrative will jump back and forth between the two timelines, as in King’s epic novel.

Capturing the sheer scale of the source material is no enviable task, but a respectful adaptation is sorely needed. While the 1990 miniseries holds a special place in many a thirty-something’s heart (mine included), it’s a bit of a mess (albeit a somewhat likeable one), attempting to cram in moments from the book without the time to afford them context. There’s no denying the searing ferocity of Tim Curry’s performance as Pennywise however; unforgettably nightmarish in an adaptation that would otherwise have no doubt drifted into TV obscurity. 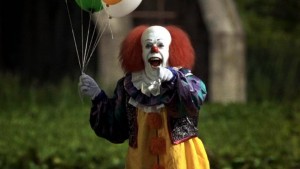 Thankfully, New Line’s IT is aiming for an R-rating, allowing for some of the book’s nastier (and it gets really fucking nasty in parts) moments to be realised onscreen. No casting news yet, although Muschiettit has reportedly suggested that Poulter is not out of the running for Pennywise.

This is one to keep a watchful eye on. Oh, and don’t call it a remake.