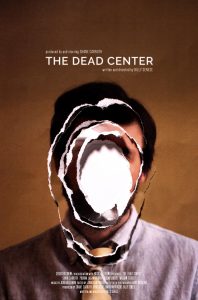 Synopsis:
When an unidentified suicide victim goes missing from the morgue, the psychiatric ward of the hospital gets a terrifying new patient.

There hasn’t been a good plague film in a while. Not to say that The Dead Center is necessarily a plague film, but the creeping dread with which it unfolds is certainly reminiscent of the first days of a deadly outbreak. And as it builds toward a shocking finale in which death quite literally goes to door to door, you could easily change its setting to a European village at the height of the Black Death without really skipping a beat.

Written and directed by Bill Senese, the film stars Shane Carruth (writer, director, and star of Primer) as Dr. Forrester, a psychiatrist who cares so deeply about his patients that he frequently lands himself in trouble with the administration in order to get them the care they need. But this attitude is tested by the arrival of a mysterious John Doe (played by Preacher’s Jeremy Childs), a mute amnesiac who seems to be at the centre of a chain of horrifying events in the ward.

Little does Forrester know, John Doe was actually brought into the hospital in a body bag. Edward Graham (Bill Feehely), the pathologist who examined him, is on the hunt for the missing suicide victim, who seems to have brought something back with him from the other side…

One of the most compelling aspects of The Dead Center is its setting, which Senese tackles with a real sense of delicacy and compassion that isn’t always found in psychiatric ward-set horrors. The patients are not caricatures, and there’s a real sense that the staff are tired but dedicated professionals doing a difficult job.

This is let down somewhat by the lack of any real character development for most of the ensemble, which is unfortunate. The exception is Dr. Forrester, whose rule-bending approach spirals into dangerous territory as he tries desperately to figure out what secrets John Doe holds. Carruth does a great job with the material, but it’s Childs who steals the show, giving an impressively eerie and physical performance that will always keep your eyes on him, despite his minimal dialogue.

The mystery element of the film is also fascinating to watch play out, and the deeper mythology that it hints at ensures you’ll still be thinking about it long after you leave the theatre. The pace is a tad slow in places, but as the flick ramps up towards its chilling climax, you’ll forgive it for any earlier sins. It also leaves room for a possible sequel, and if Senese was at the helm, that could be a great thing. 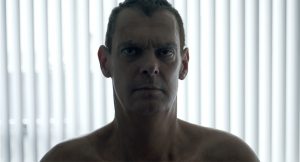 Wearing its low budget with confidence, The Dead Center is a fantastic follow-up to Senese’s first film, Closer to God. With real tension in the place of cheap jump scares, it features some wonderfully creepy imagery and two central performances that will leave you anxious to unravel the mystery at its core.

This one can be hard to find online so if you go searching dig through the internet safely, after all you never know what you might ‘contract’ out here.