The Crow Will Fly As Corin Hardy Signs a Holding Deal 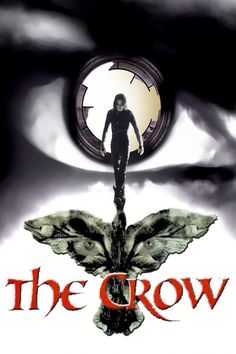 The rollercoaster ride that is the remake of The Crow is on the up once again as it is being reported that director Corin Hardy has signed a holding deal to secure his role in directing the film. There is no news as to who will be playing Eric Draven – the rockstar on a journey of revenge to hunt down the killers of himself and his fiancée, with the help of a mysterious crow – as Jack Huston eventually left after scheduling conflicts.

This will be Relativity Media’s first film since their financial woes and bankruptcy announcement, so they need it to do well. The film is set to begin production in March 2016 and if the remake is successful, it will definitely bode well with Relativity’s catalogue of films that are still waiting for a release; including the horror-thriller Before I Wake, which stars Kate Bosworth.

We’re massive fans of Corin Hardy at SCREAM and look forward to his reimagining of the comic book story. Hardy’s recent fairy tale horror The Hallow is a great example of a chilling, beautiful film and it has received fantastic reactions during its recent festival circuit. If Hardy can transfer his unique visual style and storytelling technique to The Crow, then we are positive we’re going to get a worthy adaptation of James O’Barr’s graphic novel.