The Crow remake off the cards for good? 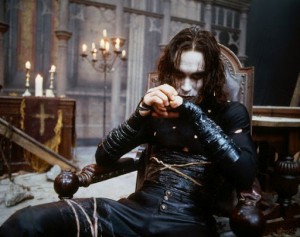 Relativity Media’s troubled The Crow remake has hit further stumbling blocks, with the Edward R. Pressman Film Corporation, who produced the 1994 original, denying the studio rights to any sequels or remakes. The move comes following Relativity’s decision to remove attached director Corin Hardy (The Hallow) from the project, a call that Pressman say they were not consulted on.

Pressman said that Hardy “…is known for his visual flair, having a penchant for horror and dark subject matter. The parties believed that Mr. Hardy was particularly suited to re-invigorate The Crow, which is based on a dark tale of revenge told originally in graphic novel form.”

Pressman are claiming that Relativity have broken the terms of their contract together by removing Hardy without any consultation, and calling for an end to the deal. The two companies first decided to move ahead with the project back in 2009, with an eye to producing three films. In 2014, Relativity were given three years to begin principal photography on the first, which has not yet happened.

Pressman are clearly very unhappy with Relativity, and unless the studio decide to rehire Hardy, it looks like the deal is off. Perhaps another studio will step in to take on the project, but for now it seems likely that this one will be laid to rest.

For Relativity, it seems it can rain all the time.