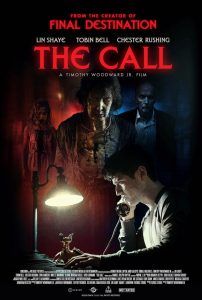 Set in 1987, The Call follows a group of small-town friends after a tragic accident brings them to a sinister couple’s door. Now, they must survive the night as, one by one, their worst nightmares become reality…

Jeffrey Reddick, creator of Final Destination, produced the film. The screenplay was written by Patrick Stibbs.

The Call releases in limited theatres and drive-ins on October 2nd. Let it go to voicemail and check out the trailer below!