The best of the worst: the greatest horror films to watch on Netflix right now

Between all the new platforms and outlets for film and TV, digital and analog effects that have never been better and a thriving online fandom, there’s never been a better time to love screen horror. With the option to see every last drop of blood in Ultra HD across four different devices, Netflix is front and centre of that trend. These are five of the best horror films on Netflix today.

Raw
A college student and lifelong vegan is forced to eat offal during a hazing ritual. It unlocks a hunger inside her, though. Hint: she’s not going to stop at eating a Big Mac. So grotesque that it was too much for some viewers, this is one of the most disturbing films on Netflix. But it’s French so that makes it classy… right?

The Shining
An oldie, but boy is it a goodie (or a baddie, depending on your point of view). It’s not exactly a faithful adaptation of Stephen King’s classic, but as it delivers Jack Nicholson’s most deranged performance ever Stanley Kubrick’s film deserves forgiving. When Nicholson and Shelley Duval are hired to run an isolated hotel through the winter it begins to destroy their minds. Such was Kubrick’s attention to detail that he even gave the set an impossible layout in order to unnerve the viewer in ways they don’t quite notice. This is a movie that really messes with you! 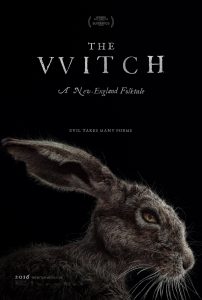 The Witch
When you’re too puritan for 1630s colonial America, you’re definitely too puritan. Robert Eggers directs Anya Taylor-Joy in this atmospheric modern masterpiece about a family rebuilding their lives in the wilderness, only for their infant child to go missing. This dark, brooding thriller will unsettle you down to your guts.

Hellraiser
What Clive Barker’s adaptation of his own book lacks in subtlety, it makes up for in straight-up gore. A miserable housewife seduces unlucky strangers so that her undead skeleton of a boyfriend can strip the skin off them. Sure, some of the later films went off the rails a bit, but this introduction to one of the great villains of fantasy horror, Pinhead, is a classic.

Donnie Darko
One of the weirdest and most cerebral films on Netflix, never mind just in the horror category, Donnie Darko is the film that shot Jake Gyllenhaal to fame. He plays a disturbed teenager who predicts certain doom for his town, and it doesn’t go well for him. This is the film that brought the philosophy of time and a giant rabbit together into one creepy package. 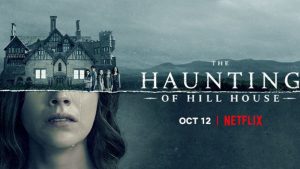 OK, OK… it’s not a film. But this is the 21st century, and it’s not all about film any more. TV’s better than it’s ever been, and when Stephen King says something is “close to a work of genius” you pay attention. The Haunting of Hill House is a reworking of Shirley Jackson’s 1959 novel of the same name. Jumping from past to present and back again, it follows five siblings who grew up in America’s most haunted house. With some viewers saying it makes them want to cry and vomit at the same time, it might just be too good…

With such an amazing set of scares a few clicks away, you’re never going to want to turn off your lights again!