The Battle Will Continue in The Strain Season 3 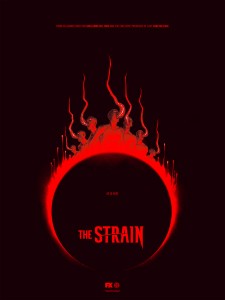 After a successful first and second season, FX have announced that the horror TV series The Strain will be returning to screens with a third season. Based on the acclaimed trilogy by Guillermo del Toro and Chuck Hogan, the series follows New York as it falls to a fast-spreading epidemic. By season 2, New York is rapidly deteriorating and Eph and Dr. Martinez are desperately trying to create a biological weapon to put an end to the Strigoi’s once and for all.

The show is visually impressive and with del Toro on board that should come as no surprise. It’s hard to imagine the show as the comedy Fox wanted it to be back in 2006, and it’s definitely been worth the wait for to see it as the scary, tense show it was meant to be.