The Amityville Murders Gets a February Release Date 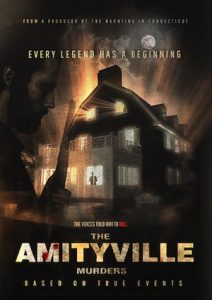 The Amityville Murders has had a release date set by Skyline Entertainment for 8th February 2019. From writer-director Daniel Farrands, the film follows the events that occurred in the infamous Amityville house, where a man murdered his entire family and blamed it on the voices in his head.

The story is a known one to horror fans, with plenty of film’s exploring the nightmarish tale that saw an entire family murdered. Hopefully this one will offer something new, so it’s not as narratively familiar as it sounds.