The Terror Casts Crew with Jared Harris and more 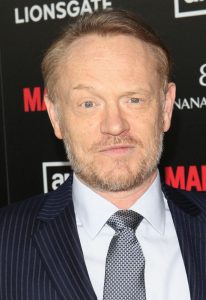 AMC is bringing a 10-episode series called The Terror to the small screen and it has now cast more members of the crew. They are: Jared Harris (The Quiet Ones), Ciaran Hinds (There Will Be Blood), Paul Ready (Cuffs) and Adam Nagaitis (Frankenstein).

The Terror is an aquatic horror based on the novel written by Dan Simmons and follows a Royal Navy expedition that ends in, well terror, when they are attacked by a mysterious creature. It’s a unique idea for a TV series, but one we’ve seen in plenty of films. The Shallows with Blake Lively, proved that we’re still very interested in seeing people attacked by monsters from the deep and The Terror has the potential to be a complex game of survival; one that we can devote a lot of time, too.

The Terror will air in 2017, with production beginning towards the end of this year.