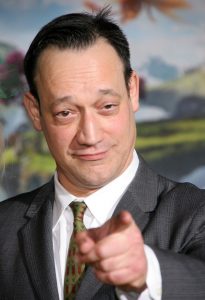 Ted Raimi is finally jumping into a pair of director’s shoes as it has been confirmed that he will be making his debut with The Seventh Floor. Described as a psychological horror, Raimi has stated that the film will mess with audiences’ brains, but will not feature any monsters or zombies. The film will find other ways to get under your skin.

During an interview with Broke Horror Fan, Raimi described his influences and the filming style he is aiming for with The Seventh Floor as the following:
“Roman Polanski and Dario Argento. Both of those guys are incredibly influential; Roman Polanski for his ability to build tension where there seemingly is none, and Dario Argento for his film-making style and the speed at which the action happens. It’s unbelievable. I’ve studied them to get a sense of it. I’m also heavily inspired by David Cronenberg.[…] He’s able to create such amazing moments where there is no action, but you sense a palpable tension.”

Keep your eyes peeled for more information on The Seventh Floor.