A pivotal franchise entry in that it introduced the now-famous hockey mask, 1982’s Friday the 13th Part III is also an underrated one. Jason was reinvented, there are some great kills and it even featured a sprinkling of self-referential humour. 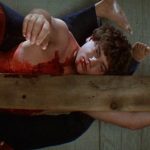 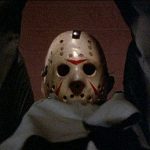 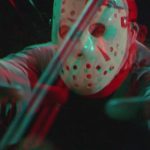 Filmmaker Kevin R. Phipps is clearly also a fan of Jason’s first (and, to date only) 3D outing, as he’s made a documentary focusing solely upon it, entitled Friday the 13th Part 3: The Memoriam Documentary. You can see the trailer below.

While His Name Was Jason and the epic, franchise-spanning Crystal Lake Memories have already told innumerable tales from the Friday saga, Phipps’ film not only differentiates itself by centring on just one sequel, but acts as a tribute to Jason actor Richard Brooker, who passed away in 2013.

Phipps says of his film:
“In April 2013, the Friday the 13th family suddenly lost Mr. Richard Brooker. Portraying Jason in Friday the 13th part 3, he was the first individual to don the now iconic hockey mask. Richard was a terrific human being & a friend to all.

In addition, the Higgins Haven cabin used in the film was burned down by some careless vagrants in 2006. These two events sparked us into action to do something with the one of a kind on location video footage we shot from 2003 & 2005. It was the last footage and photography shot before the set’s demise in 2006.

The project has grown leaps and bounds over the past year & continues to bring on board various Friday the 13th alumni that starred in part 3 as well friends of Richard’s that are still working in the film industry today. Their interviews are pivotal in giving the backstory of the production of part 3 as well as insight into the man Richard Brooker was.

This documentary’s intentions are to preserve the memory of this movie & Richard Brooker.”